Saturday 14th May was World Binturong Day – a worldwide event to raise awareness for this rare and endangered mammal.

This year, keepers had some exciting news to share with visitors – the Park’s breeding pair, Dobby and Himala, have produced their first set of twins (one pictured below with Himala). Their cubs are the first Binturong twins to be born at Cotswold Wildlife Park. Visitors can see the youngsters exploring their enclosure opposite the Insect and Invertebrate House. 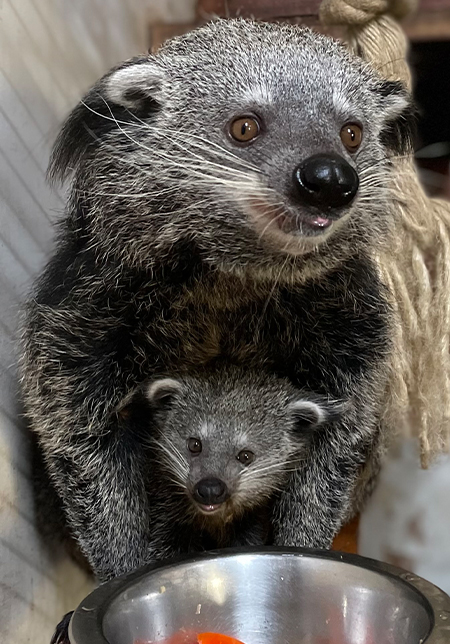 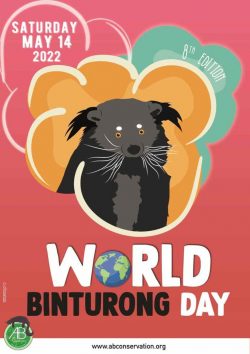 Cotswold Wildlife Park is dedicated to animal conservation and proudly supports World Binturong Day. Now in its eighth year, it highlights the plight these relatively unknown mammals face in the wild. Population numbers have declined by 30% in the last 18 years and they are listed as vulnerable on the International Union of Nature’s (IUCN) Red List of Threatened Species. To raise awareness and funds for their conservation programme, on Saturday 14th May 2022, there was a dedicated World Binturong Day stand at the Park where visitors could learn more about these fascinating creatures and take part in various fundraising activities. Thanks to the generosity of visitors, over £300 was raised for ABConservation. More information about the project can be found here: https://www.abconservation.org/en/.

Parents Dobby and Himala were first introduced to each other back in 2018 and immediately formed a strong bond. Their first cub, Coconut, was born in 2019 and their second, Rambutan, followed in 2020. At the end of 2021, keepers suspected Himala was pregnant due to her size and voracious appetite. After a three month gestation period, she gave birth to twins. The newborns were born in seclusion inside the nest box where they spent several weeks out of sight. Cubs are born with their eyes sealed and are completely reliant on their mother for the first few months of their life. They eventually emerged from the nest box and began exploring their heated indoor home under the watchful eye of their parents. Recently the cubs, sexed as female, started to venture into the exhibit’s outdoor area much to the delight of visitors who are amazed at their acrobatic prowess. 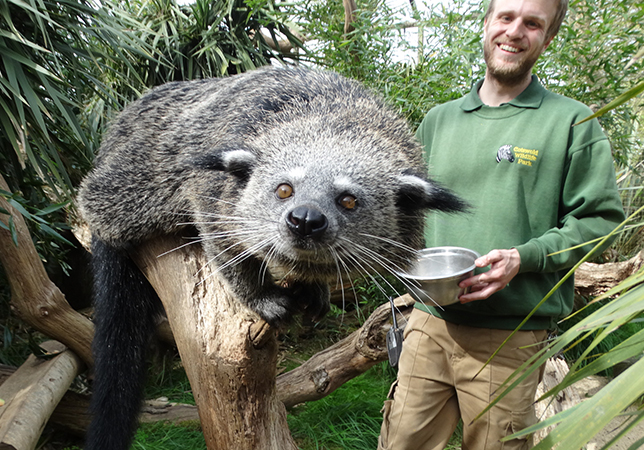 Keeping with the tradition of naming cubs after fruits found in their native homeland of south-east Asia, one of the cubs has been named Fig (after their favourite food), but the other cub has a far more personal story behind the name. Mammal keeper James (pictured above with Dobby) explains: “My grandmother Rosie was always full of encouragement and endless enthusiasm for my love of animals, in particular Lions, ever since I was young. As a child, my grandparents would take me to lots of different zoos and time at home would be spent watching animal programmes on TV. When I started to work as a zookeeper, she would travel all over the country to visit me at work to see the animals in my care, including here at Cotswold Wildlife Park where she came to visit in 2019 and we had a picture taken by the Lions (pictured below). She loved her day at the Park. She was, as she would say, my “biggest fan”, so it felt right when thinking of a name for the Binturong kits that one of them should be called Rosie in her honour”. Rosie was born shortly after James lost his beloved grandmother. 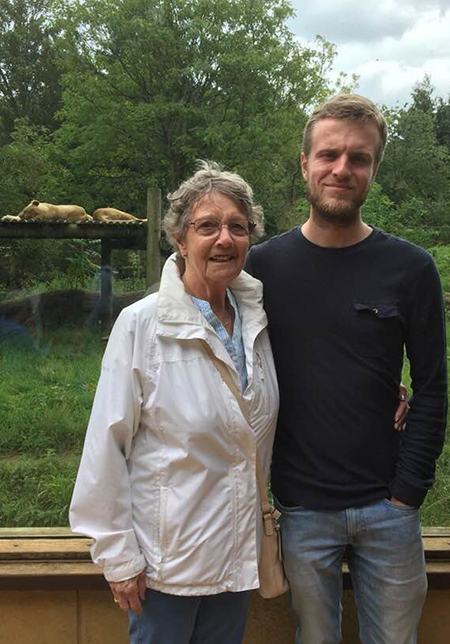 James adds: “Both Binturong kits have been an absolute delight to watch as they have grown – they’ve been endless fun. Fig and Rosie are pretty much inseparable and are always busy getting up to all kinds of mischief! Although both very cheeky, they have developed slightly different traits; Fig was a little bigger to start with and has always loved her food whereas Rosie can be a little bit more cautious at times but is never shy for too long. This is the first time that we have reared Binturong twins here at the Park so to see them develop together has been very exciting for all of us with experienced parents Himala and Dobby taking it all in their stride”. 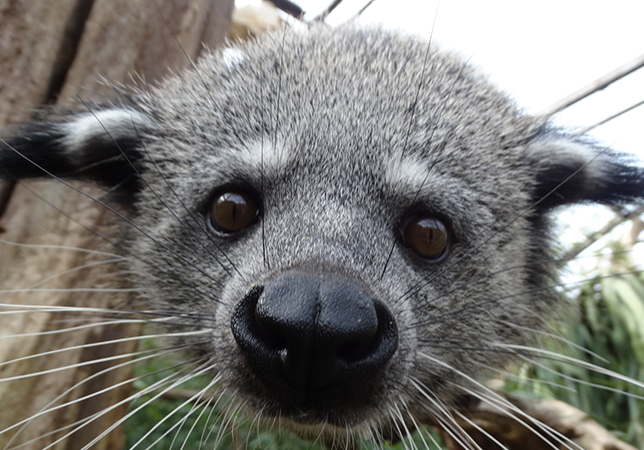 Cotswold Wildlife Park is home to more than 1,500 animals from 250 different species. This species in particular sparks a great deal of curiosity from visitors due to its bizarre appearance and sweet-smelling aroma. Binturongs (Arctictis binturong), also known as Bearcats, are related to small forest predators like Fossas, Civets and Genets. They are also the only creature to emit a completely unique scent which smells like buttered popcorn and visitors often smell these unusual mammals before they see them. The popcorn-like scent emitted in their urine is believed to convey information about sex and reproductive state. 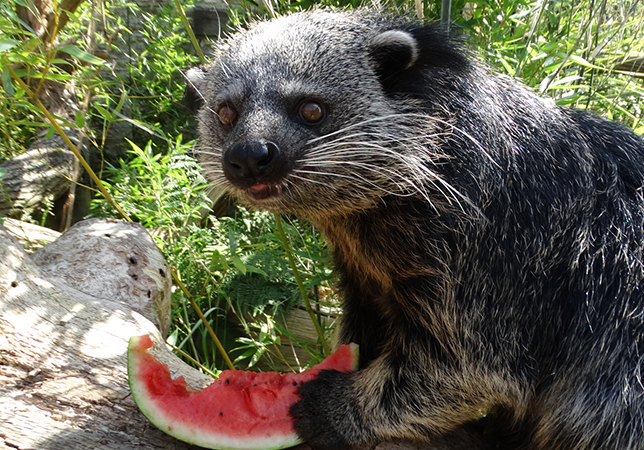 Thanks to keeper Williemijn for her photo of Himala and her cub and for James sharing his photo of his Nannie Rosie.