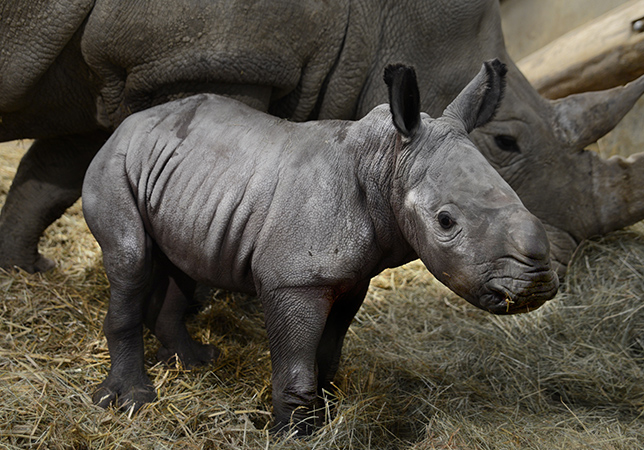 Queenie is the newest addition to the Rhino family at Cotswold Wildlife Park & Gardens. She is the ninth White Rhino calf to be born at the Burford collection and is Monty and Nancy’s fifth breeding success together. Visitors can see the newborn daily from 10.00 am in the solar-powered Rhino House or the large Rhino paddock overlooking the Manor House. 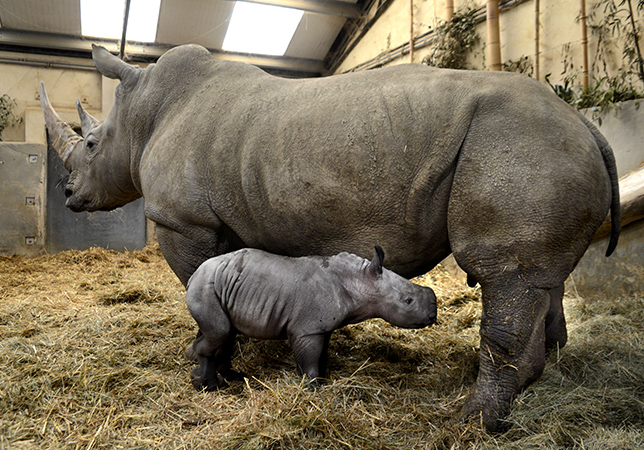 This year marks Her Majesty The Queen’s Platinum Jubilee year. To celebrate this unprecedented anniversary, an apt name was chosen for the new calf. Reggie Heyworth, Managing Director of Cotswold Wildlife Park, explains: “We feel very lucky to have another baby female Rhino, which is our fifth female baby in a row. All the Rhinos here are named after very special people and I think everyone agrees that 2022 will always be special because of Queen Elizabeth’s Platinum Jubilee. I thought it might be a bit presumptuous to call our new baby ‘Elizabeth’, so I have christened her ‘Queenie’ instead. I think it is a perfect name for a young lady Rhino!”

The Queen’s Grandson, Prince William, is Royal Patron of UK based conservation charity Tusk Trust (which Cotswold Wildlife Park supports and works closely with to protect Africa’s many threatened species). Reggie Heyworth is a Tusk Trust Ambassador and ran the 2021 London Marathon in aid of the charity. For more information about Tusk Trust, please visit www.tusk.org. 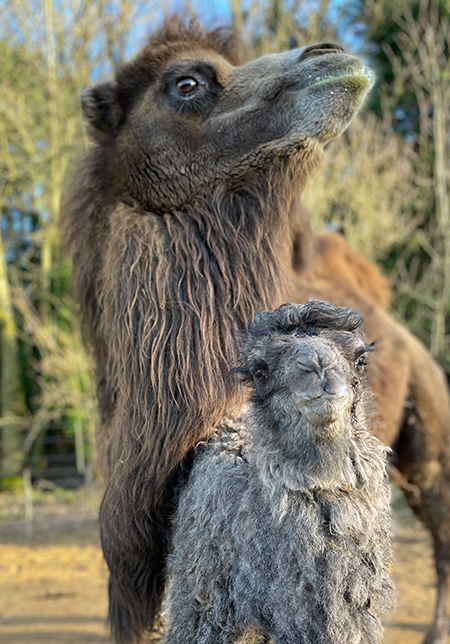 Queenie isn’t the only royal-related birth at the Park. Louis, our new male Bactrian Camel, has just become a first-time father. He was named after Prince Louis of Cambridge as they were both born on the same day. His as-yet-unnamed calves (one pictured above and below) are the first Camels to the born at the Park since 2018. The wild Bactrian Camel (Camelus ferus) is classified as critically endangered by the IUCN and is thought to be one of the rarest large mammals on earth. 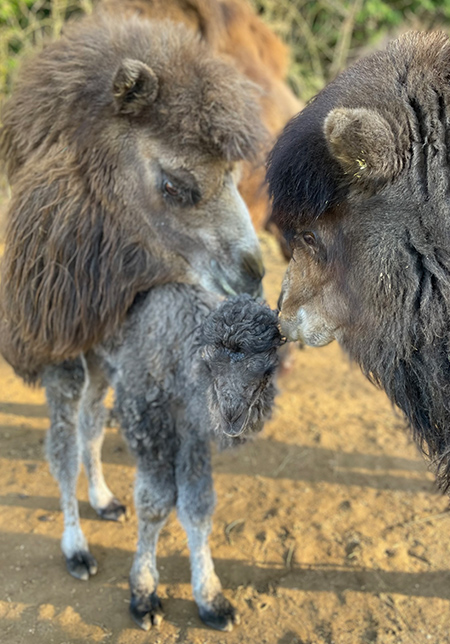 Our great thanks to Rory Carnegie, Paul Nicholls Photography and Willeminj for the images.