Cotswold Wildlife Park is home to more than 1,500 animals from 250 different species. One in particular sparks a great deal of curiosity from visitors due to its bizarre appearance and sweet-smelling aroma – the Binturong. A relatively new species to the Park, Binturongs (Arctictis binturong), also known as Bearcats, originate from the rainforests of south-east Asia. They are related to small forest predators like Fossas, Civets and Genets. They are also the only creature to emit a completely unique scent which smells like buttered popcorn. 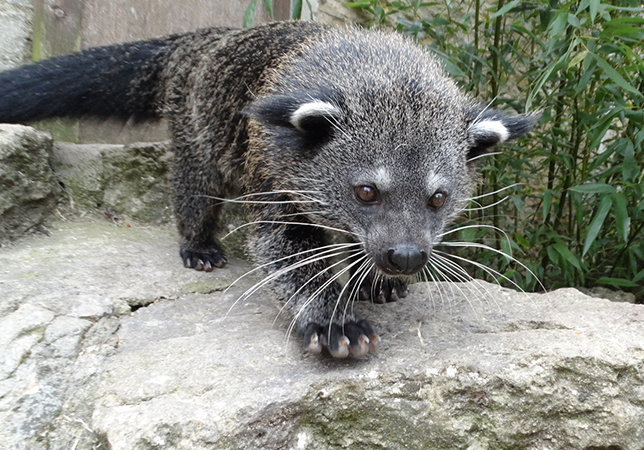 The Park’s adult Binturong pair, Dobby and Himala, have successfully bred for the second time. Keepers have kept with the tradition of naming Binturong cubs after fruits found in their native homeland of south-east Asia and the new male cub, born in the autumn last year, has been called Rambutan (a tropical fruit produced by the Malaysian Tree). His sister, born in 2019, was named Coconut (pictured below). 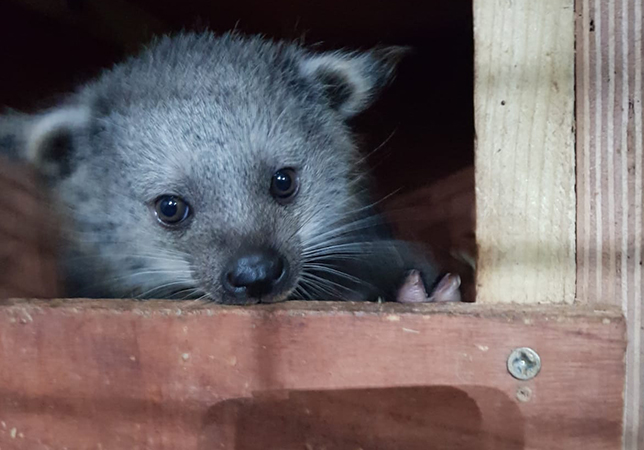 Saturday 8 May 2021 is World Binturong Day – a worldwide event to raise awareness for this rare and endangered mammal. History is being repeated for the second year in a row as the new Binturong cub, like his sister before him, makes a double debut. Both births were initially announced on social media as the Park was temporarily closed due to lockdown. Now the Park has reopened, Rambutan makes his public debut in front of visitors in time for World Binturong Day. 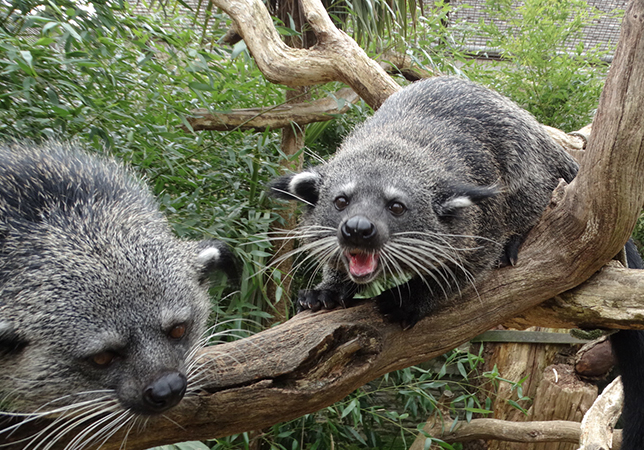 Assistant Animal Manager at Cotswold Wildlife Park, Chris Kibbey, explains: “Despite the Park being closed for a lot of 2020, life goes on and that is certainly true for our family of Binturong. Coconut, the first Binturong breeding success at the Park, was born at the end of 2019 but stayed in the nest box until emerging to a very quiet Park as we had just gone into our first lockdown. Almost a year later, Dobby and Himala had their second cub Rambutan. He was born in the autumn and emerged from his nest box while we were into lockdown number two. Rambutan is a very energetic, playful Binturong and now that we have reopened enjoys showing off his acrobatic skills to our visitors as he climbs and swings around the enclosure”. 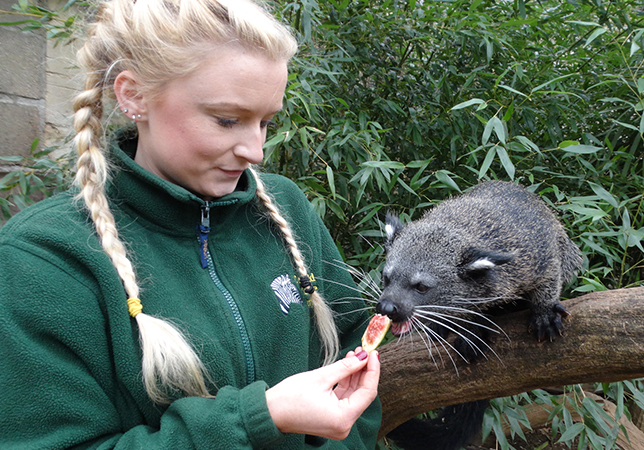 Now in its seventh year, World Binturong Day highlights the plight these relatively unknown animals face in the wild. Population numbers are becoming increasingly rare and have declined by 30% in the last 18 years. They are listed as vulnerable on the International Union of Nature’s (IUCN) Red List of Threatened Species. Main threats to their survival include deforestation to make way for palm oil, rubber and teak plantations. They are also sold as pets or used for their fur and meat in the illegal wildlife trade. 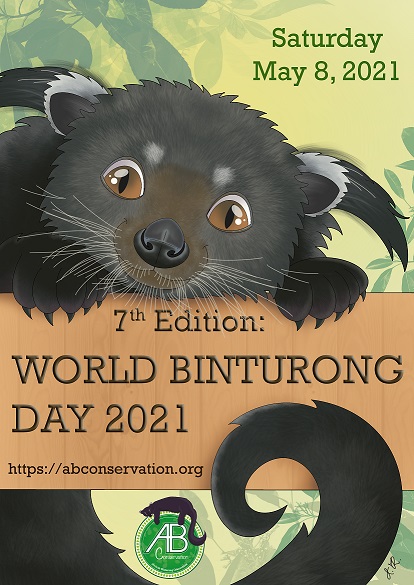 The Binturong plays a remarkable role in its rainforest ecosystem; it has the ability to aid the regeneration of the forest. It does this by swallowing the seeds from fruits whole and then spreading them across the forest in their faecal matter. Seeds germinate faster after travelling through the Binturong’s gut. Binturong are also a vital seed disperser of the Strangler Fig tree. Strangler Fig trees are very important as they provide sleeping and nesting sites for many rainforest birds, mammals and insects.

Cotswold Wildlife Park proudly supports the Bearcat Study Programme which aims to improve the knowledge of this species in its native habitat and collect field data to assist with its IUCN status. More information about the project can be found here: https://www.abconservation.org/en/.