Twenty one Storks bred at Cotswold Wildlife Park have taken flight in one of the UK’s most ambitious rewilding programmes – The White Stork Project. For the third year running, the Park have successfully bred chicks for this pioneering scheme which aims to restore wild Stork populations to Britain – a sight not seen since the 15th century.  It is the first Stork rewilding programme of its kind in the UK. 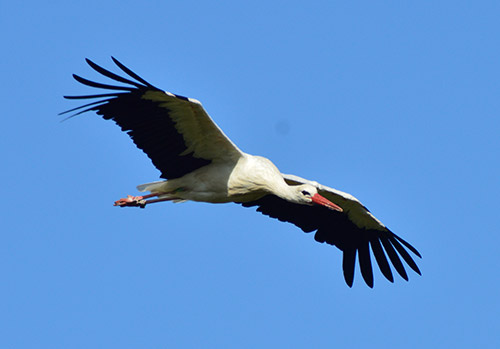 The team at Cotswold Wildlife Park, together with the Roy Dennis Wildlife Foundation, are responsible for the captive management aspect of the project and bred the youngsters from a captive population received from rehabilitation centres in Poland. Twenty four adult pairs live in a large netted enclosure at the Park where they are given the highest standard of care to facilitate successful breeding. Eight chicks hatched in 2018 and last year 24 were successfully raised and released. Despite an incredibly challenging start to the year weather-wise (including the wettest February on record in the UK and three severe storms in just one month – far from ideal incubation and rearing conditions), this year the birds still managed to rear 21 chicks. 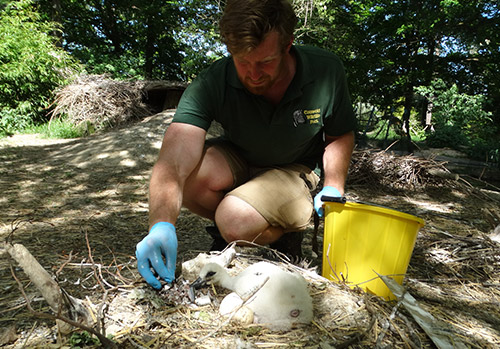 The chicks hatched in May and to maximise their chance of survival, the husbandry team at the Park “assist” fed the chicks on the nest (pictured above). Once fully fledged and separated from the adults, the birds were weighed, sexed, microchipped and fitted with highly visible leg rings to make them easily identifiable after their release.  In August, they were transferred to Knepp Castle Estate in West Sussex for release into the wild – a momentous moment for the entire team. 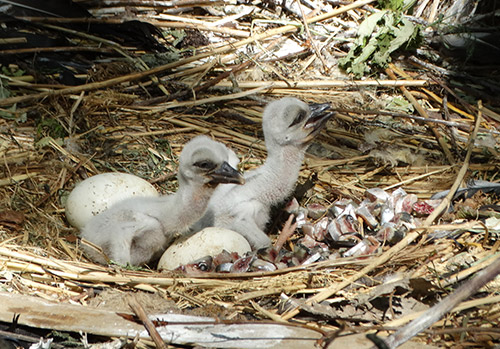 Jamie Craig (pictured below), Curator of Cotswold Wildlife Park, said: “It is an honour for the Park to be involved in such a fantastic project, releasing these birds into the stunning surroundings at Knepp and watching them soar on the thermals gives an enormous sense of pride and achievement for all involved” 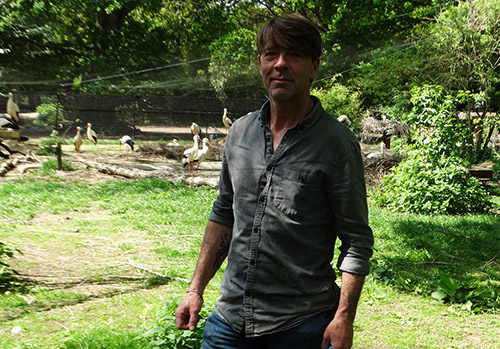 Scientists at the University of East Anglia (UEA), along with the project staff of the Durrell Wildlife Conservation Trust, are tracking these White Storks in a bid to find out about migratory habits that disappeared more than 600 years ago. These birds are providing valuable data that will enable the researchers to gain insights into the life and migratory choices of the reintroduced Storks. Previously unpublished data from the 2019 trial reveals that many of the Storks spent the winter in Southern Europe and Northern Africa, where they have adapted to take advantage of new food resources and gather in large numbers. GPS trackers were fitted to eight of the Storks released this year. In September they embarked on their first migratory journey. Several of the youngsters crossed the channel and are making their way south. Latest tracking data received on 14 October 2020 reveals that two juveniles have crossed the Strait of Gibraltar into Morocco. 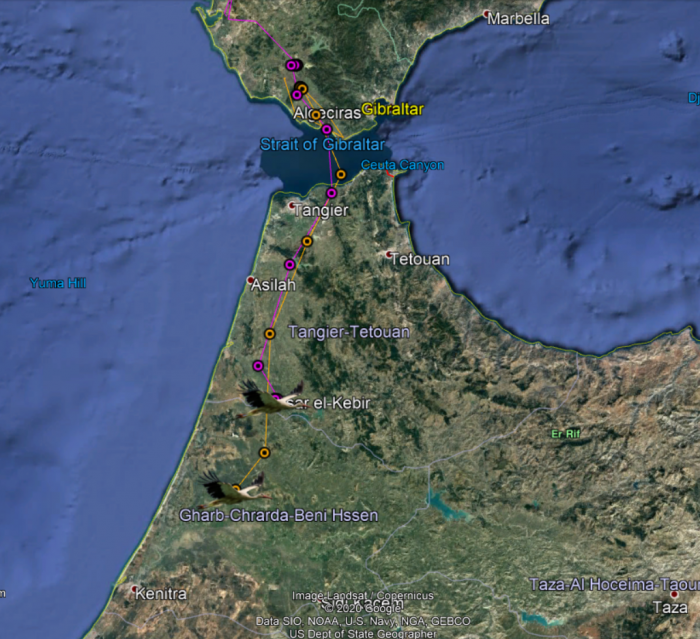 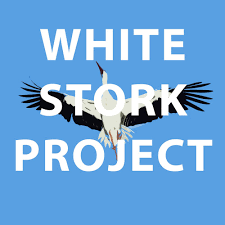 All of the Storks involved in the White Stork Project have unique coloured rings on their legs – anyone who spots a Stork in the British Countryside can report their sightings here: https://www.whitestorkproject.org/report-a-sighting.

Cotswold Wildlife Park is actively involved in conservation in the wild. The White Stork Project is one of several conservation programmes the Park supports. Please visit https://www.cotswoldwildlifepark.co.uk/conservation/ for more information.

The adult breeding Storks at Cotswold Wildlife Park are on show in the Lake walk-through area.