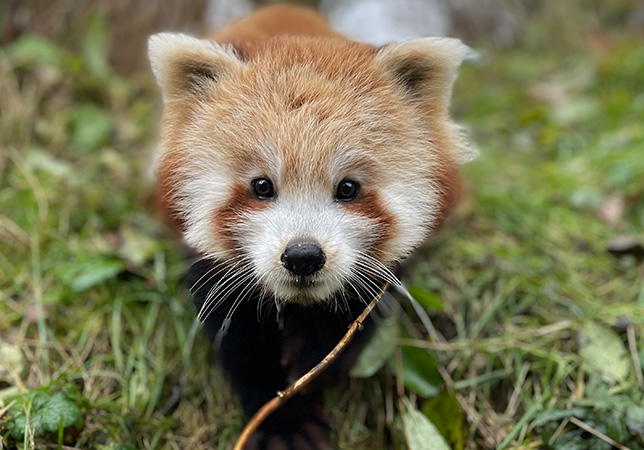 Members of the Tactical Medical Wing from RAF Brize Norton were recently invited to Cotswold Wildlife Park for a deployment and community outreach day. Personnel undertook the huge task of maintaining and improving various animal enclosures. It is the third time this activity day has been organised and it has proven to be another great success. To thank the team for their hard work, they were given the chance to meet and help feed some of the Park’s animals including Giraffe, Lemurs and Egyptian Fruit Bats.

As a special thank you, the team was also invited to adopt and name the Park’s new Red Panda cub – echoing a similar event which occurred forty-four years ago. They chose the name Iris in honour of Iris Bower – one of only two RAF nursing sisters to land on the Normandy Beaches in June 1944 to establish a field hospital. As part of the surprise adoption, they re-created a photo from 1978 (pictured below left) when Cotswold Radar RAF adopted Red Panda male ‘Radar’. This was taken in front of the Red Panda enclosure with the Park’s founder, Mr. John Heyworth. Keepers were even able to find the original plaque that was presented to Mr. Heyworth that very day to symbolise the adoption. Natalie Horner, Section Head of Primates and Small Mammals, adds: “We’ve had a really productive day here at the Park with a team from Tactical Medical Wing at RAF Brize Norton. They’ve helped us with some really big refurbishment projects and improvements to several of our exhibits that required some extra people power to complete. It’s been great for community outreach and visitors have loved seeing everybody working hard”. 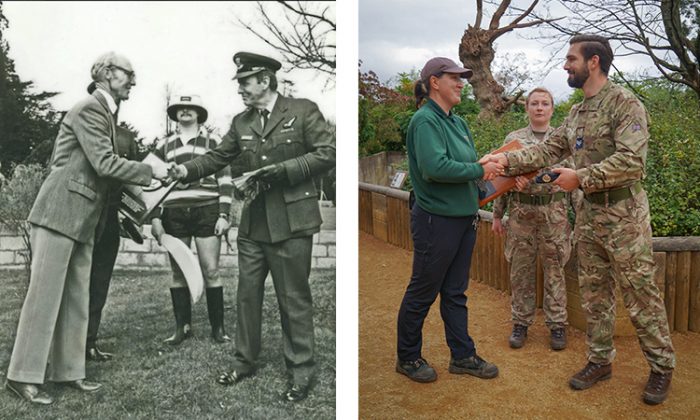 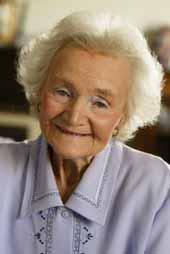 Iris Bower (pictured left) became one of the first women to set foot on the D-Day beaches and the first British woman on active service to be flown into a war zone. She was later awarded an MBE for her work. She helped thousands of soldiers in British Field hospitals, saving countless lives. Iris ‘Fluffy’ Bowers, who died in her nineties, remains one of the service’s best-loved and most distinguished heroines.

Cotswold Wildlife Park is a family-owned attraction and has a long association with the Armed Forces. It played an important role in the Second World War when Bradwell Grove Hospital was built to the north-east of the main Manor House and was used for nursing injured soldiers. Estate land was also expropriated for conversion into an airfield. The Park’s founder, Mr. John Heyworth, was in the army from 1943 to 1948, seeing active service in Denmark and Germany. His father, Lt. Colonel Reginald Heyworth, was in command of the 1st Royal Dragoons when he was killed in action in 1941 in North Africa.

Read more about the RAF visit in our upcoming 2022 edition of Wild Talk, the Park’s yearly newsletter, which will be available soon.