Home : What’s On : Park News : Belle is Turning 1! Head of Mammals, Hayley Mullaney, looks back on an exciting year.

Belle is Turning 1! Head of Mammals, Hayley Mullaney, looks back on an exciting year.

On the 2nd October 2018 we will be celebrating Belle’s first birthday, so we thought we would update you on how she has been getting along in the past few months. Back in January we began to introduce Belle to her mother, Nancy. This took a few months to have them together 24/7 but this was successfully achieved and we also managed to integrate her with the rest of the herd. 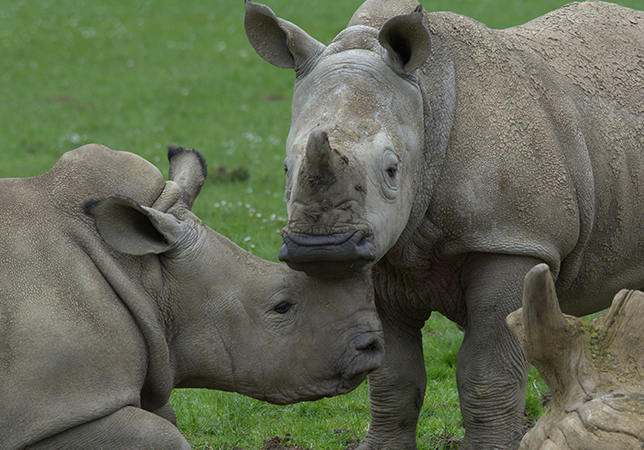 Unfortunately, after a short time of her running with the whole herd our bull, Monty, started to get a little fed up with her and decided to chase her around. This was not what we were expecting, but not totally surprising, as although Belle lives happily with Nancy, there is no real maternal bond there, so she does not get the protection a normal calf would. Due to this and the potential risk to Belle we made the decision to keep the females and calves separate from the bull, so we have been alternating who goes out in the paddock. This has all worked wonderfully and Belle has been getting on brilliantly with the girls and Alan, her playmate. Male Rhinos are solitary, so Monty has been fine with the current situation. 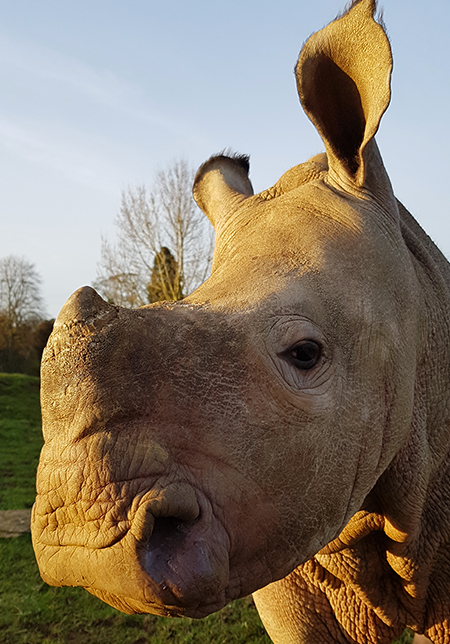 As at 24th September 2018 Belle weighs in at 675kg. We have now started gradually reducing Belle’s milk as she will have to be weaned off the milk/ bottles by the time she 16 months old. Soon Belle will only be getting two bottles a day, instead of 3, and the amount will gradually be reduced each month until she gets one bottle a day to none. At present we are giving her 5% of her bodyweight and she is weighed weekly to monitor her growth and adjust her milk intake accordingly. 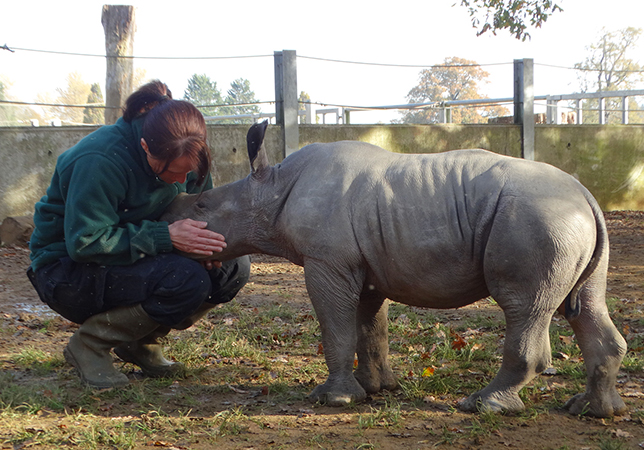 Here are a few facts regarding Belle’s hand-rearing: 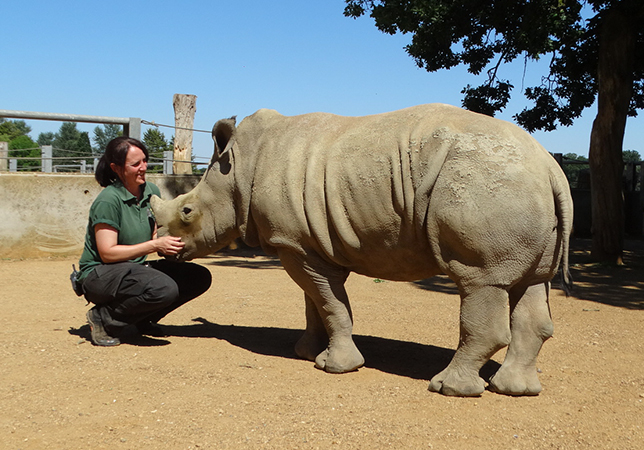 It has been an unusual year for the rhino keepers and large mammal section, as none of us ever expected to be hand-rearing a rhino calf, but we have and it has been brilliant. It has been hard work, stressful at times and emotional and Belle is a definite character we are all very proud of.

‘Happy Birthday Belle!’ from all of us and her keepers will definitely be enjoying some cake on the big day to celebrate. 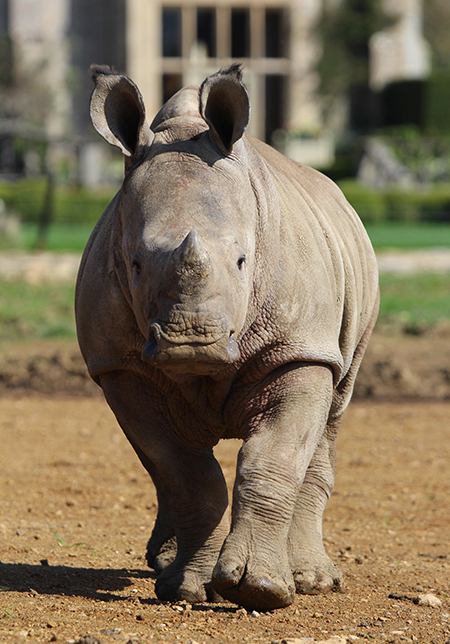