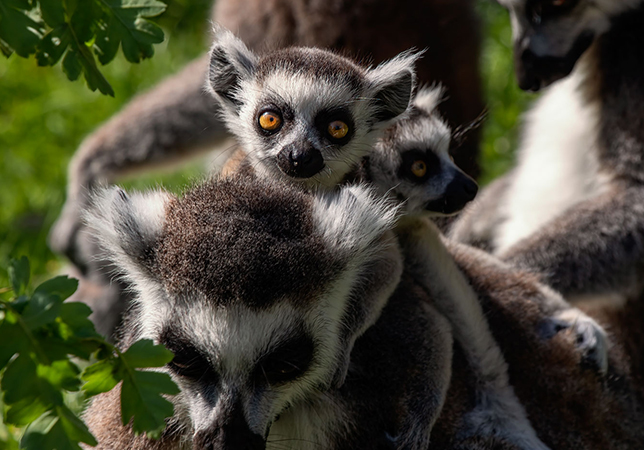 To highlight the plight of the world’s most endangered Lemurs, Cotswold Wildlife Park hosts its annual ‘Lemur Week’ from 28th May – 5th June 2022. Its aim is to raise awareness and funds for the Park’s conservation projects helping to save the most threatened Lemurs on earth from extinction. As part of the Lemur-themed fundraising activities this year, visitors to Cotswold Wildlife Park will have the chance to officially name the newest additions to the Lemur troop* – adorable Ring-tailed Lemur twins (pictured above).

The playful siblings are the first offspring sired by new breeding male Bernard who arrived at the Burford collection in May 2021. He immediately bonded with dominant female Hira – an exceptional and experienced mother who had already given birth to 18 babies prior to the new arrivals. Both are part of a European Breeding Programme (EEP). Females are only sexually receptive for just one or two days a year so the window of opportunity for males to father offspring is small. After a gestation period of approximately 134 days, females give birth to one or two young. The Park’s youngsters can be seen exploring the large open-air Lemur exhibit Madagascar – home to 31 free-roaming Lemurs and bird species native to the island of Madagascar. Chris Kibbey, Assistant Manager of Cotswold Wildlife Park, said: “Breeding successes are always great news, but baby Ring-tailed Lemurs really are something special. They are just beginning to develop the confidence to climb off their mother and try small pieces of food. They’re like little toddlers with stripey tails causing mischief and having fun”. 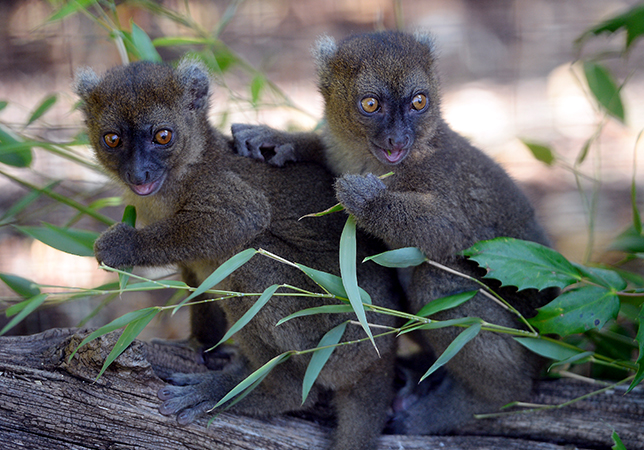 Since TV presenter and comedienne Ruby Wax officially opened Madagascar in 2008, there have been an impressive 64 Lemur breeding successes at the wildlife park. These births are testament to the dedication of primate keepers and the Park’s commitment to the European Breeding Programme (EEP). During lockdown in 2020, its breeding group of Great Bamboo Lemurs (Prolemur simus) – one of the rarest primate species on earth, successfully bred at the Park for the first time (babies pictured above). A second breeding success followed in 2021 taking the total number to four. The International Union for Conservation of Nature (IUCN) described Greater Bamboo Lemurs as “the most endangered Lemur in Madagascar”. The Park is also home to another rare and iconic Lemur species – the Crowned Sifaka (Propithecus coronatus). Very few zoological collections in the world keep these enigmatic animals. History was made in 2017 when Cotswold Wildlife Park became the first collection in Great Britain to successfully breed this species (pictured below). 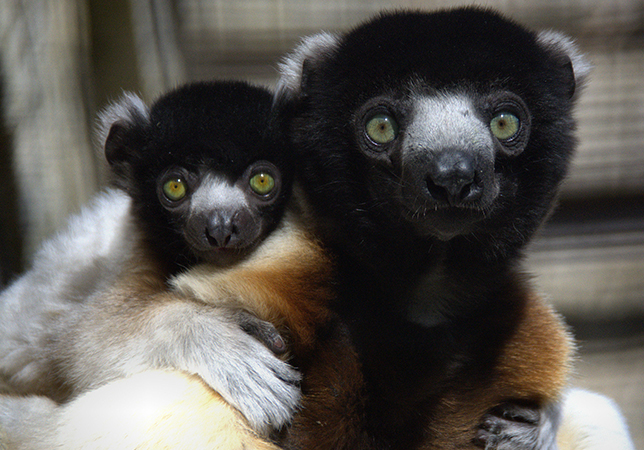 Curator of Cotswold Wildlife Park, Jamie Craig (pictured below), said: “Lemur species in Madagascar are under tremendous pressure from habitat destruction and the rapidly rising human population. It is vital that we raise awareness for this unique group of primates before it is too late. At Cotswold Wildlife Park, we are committed to conserving this species and we fund an extremely important site in Madagascar as well as participating in several other conservation projects with the Cotswold Wildlife Park Conservation Trust – most notable for the Crowned Sifaka and Greater Bamboo Lemur. We are extremely privileged to keep both of these species at the Park – they are extremely rare in captivity and they are fantastic ambassadors for our fundraising efforts”. He added: “The work of the project Helpsimus has directly led to the Greater Bamboo Lemur being removed from the World’s 25 Most Endangered Primate list – a real achievement. Our work with Sifaka conservation has led to several new sites being identified and protected”. Read more about the Park’s conservation projects here. 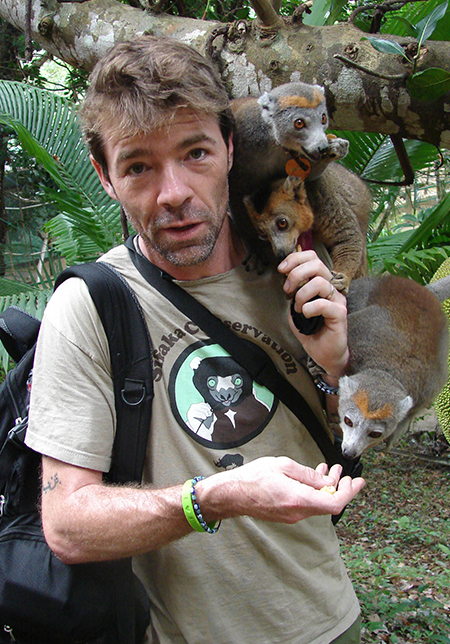 The Park recently installed a Lemur webcam in memory of Madagascar volunteer Linda Dongworth. Linda worked as a volunteer in the walkthrough enclosure until April 2021. Funds for this installation were generously provided by Linda’s husband David. The webcam can be viewed here. 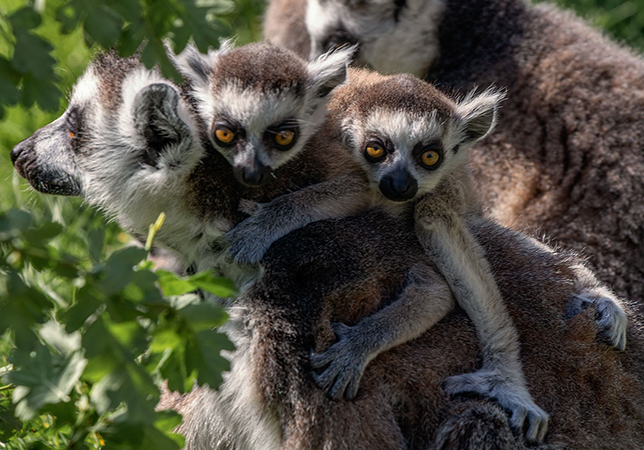 Great thanks to Philip Joyce, Paul Nicholls and Jackie Thomas for the images.