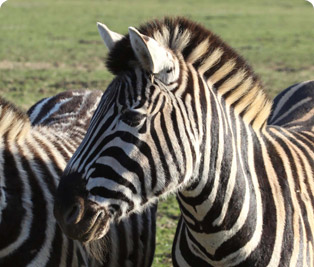 AGE
Up to 30 years in captivity.

WHAT THEY EAT
Zebras are primarily grazers of grasses and sedges but may also eat bark, leaves, buds, fruits and roots. They must drink water every day so will always be found near water sources.

Zebras form small harems, with a single stallion and up to six females, plus offspring. Males without harems will sometimes form large bachelor groups.