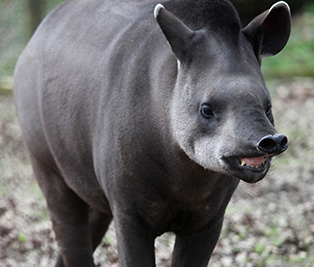 SIZE
Up to 108cm high. Females are up to 220cm long whilst males are slightly shorter.

AGE
Up to 35 years in captivity.

Found in the riverside rainforest of South America, in Venezuela, Colombia, South Brazil, Argentina and Paraguay.