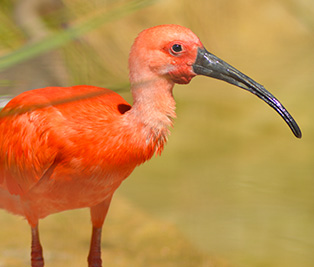 WHAT THEY EAT
Fish, amphibians, insects, crayfish, crabs and other invertebrates.

The Scarlet Ibis has a social breeding system, living in large colonies. Nests are built close to each other with more than one nest per tree.