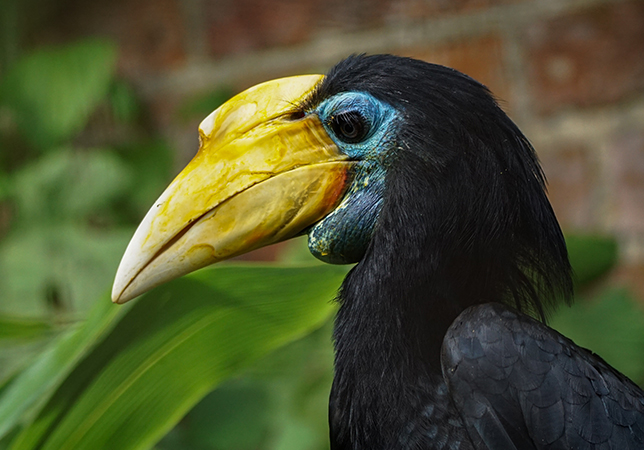 A large and striking species of bird, the Wrinkled Hornbill is currently listed as endangered and can be found flying high in the forests of South east Asia. Normally heard before they are seen, they utter loud calls that travel long distances, whilst using their oversized beak to forage for ripe fruit and invertebrates at the tops of trees. They are a monogamous species, forming strong pair bonds that can last decades. During breeding season this species has an unusual method of raising their young; the female will find a suitable hole in a tree, before climbing in and closing the hole behind her using a mixture of fruit pulp and droppings. She will remain within until the chicks are ready to leave the nest. It then falls to the male to provide enough food to support his growing family, feeding the female through a small hole that is left. Only when the chicks are ready to fledge will the female chisel out of the nest site. 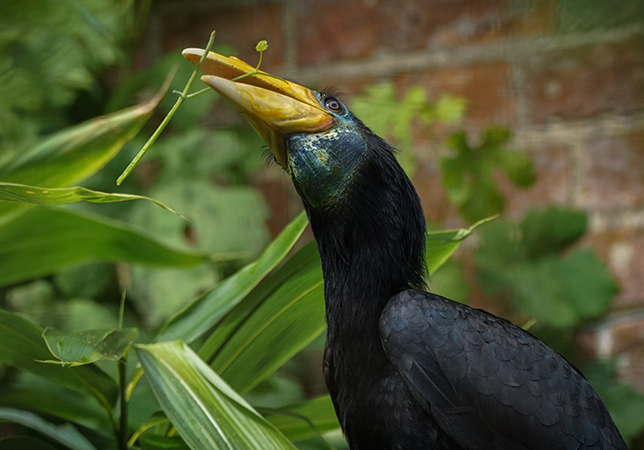 A new species into the collection, our male and female were introduced to one another for the first time last year so they could start to develop a pair bond from a young age. The introduction went well and the pair very quickly have become inseparable. They can be seen preening each other, with the male starting to bring presents to the female in the form of tasty pieces of food. This shows off his capability to provide for her and their potential offspring when they are walled into their nest site. Both our birds are now in their amazing adult colours with the male’s bill currently flushing with different hues. 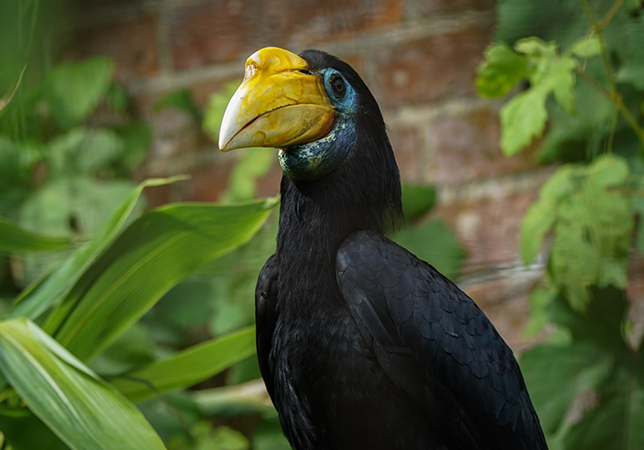