Home : What’s On : Park News : A rather unusual Easter at Cotswold Wildlife Park

A rather unusual Easter at Cotswold Wildlife Park

Historically, Easter is the busiest weekend of the year at Cotswold Wildlife Park. In fact, the Park opened to the public on Good Friday, 27th March 1970 and staff were overwhelmed by the huge crowds flooding into the Park that first Easter. Since then, millions of visitors have discovered the beauty and diversity of the natural world at the Burford collection, which was founded by John Heyworth in 1970. 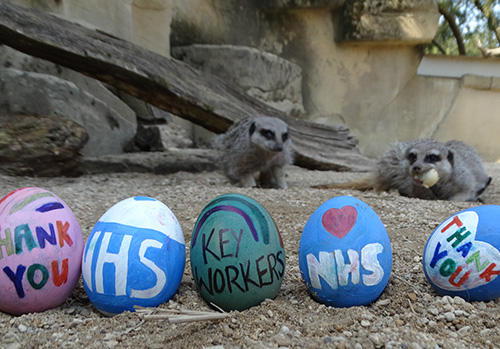 This year, it’s a very different story. Despite the Park being temporarily closed to the public, keepers have planned a special Easter treat; not only for the animals, but also for visitors to enjoy via social media. This year’s Easter enrichments have been specially designed to celebrate the NHS, with messages of thanks and support to all their frontline heroes, for their incredible work. Keepers have also been writing postcards in their break times thanking the NHS staff and other key workers personally. These have been sent to the John Radcliffe Hospital in Oxford, as well as local care homes. 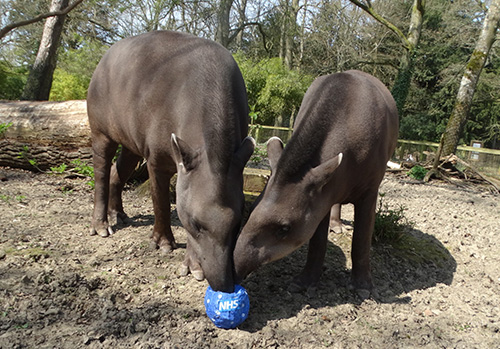 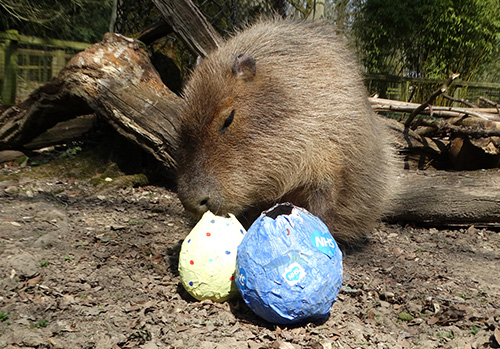 Keepers and members of the gardening team have also been filming regular video updates to keep visitors in touch with life at the Park while it temporarily remains closed. The Park’s Facebook page has been inundated with messages from people taking great solace in connecting with nature, albeit virtual, during these unprecedented times.  Reggie Heyworth, Managing Director of Cotswold Wildlife Park, comments: “The wonderful thing about animals is that every time you observe them closely, you see something for the first time. Animals are so fascinating, in all their adaptations and habits honed over thousands, if not millions, of years and yet they are so simple too. Simple (for the most part) in their needs and responses. They are a lesson to us, not to complicate our lives, and to go with nature not against it. And yet animals don’t judge us, even when we do terrible things to them and their world (which is of course another lesson to us).”