Home : What’s On : Park Life Blog : Animal of the Month : The Frilled Dragon 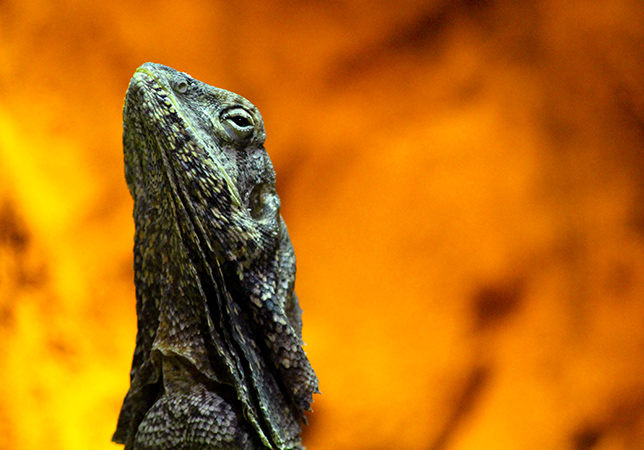 The Frilled Dragon Lizard is a spectacular beast that when agitated would grace any dinosaur or alien movie. The males in particular have large flaps of skin which generally hang down loosely around their necks that can, when the need arises, be erected to form a fearsome display – this “frill” is topped off by a gaping mouth in the centre and it would take a particularly brave predator not to think twice before tackling such a creature. However, appearances can be deceptive and if this display fails, the Lizard will show its true colours, drop its frill and run for cover on its hind legs, giving an almost comical performance after its futile show of bravado! 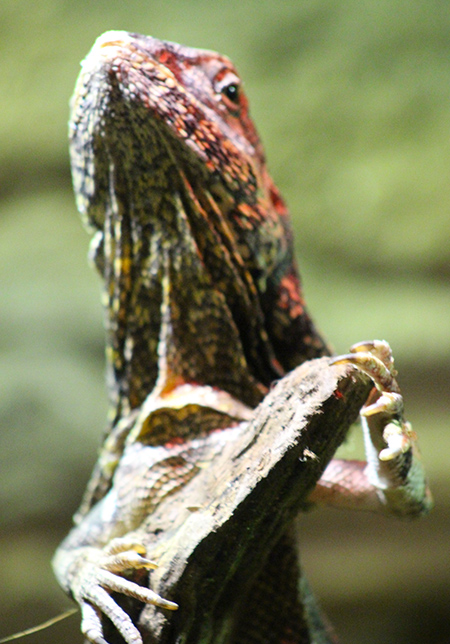 In the wild, this lizard inhabits woodlands in Australia and New Guinea and relies on its colouration to blend in to its surroundings, only when it has no other option will it perform its display. They feed on a wide variety of insects with a little vegetation thrown in. They move surprisingly quickly for such a large lizard (males can reach 3 feet in length) and can catch the speediest of prey. At the Park, our breeding group can be found in the Reptile house with their compatriots the Gidgee Skinks. We have bred this species extremely well over the years – each egg producing a miniature replica of the adults.