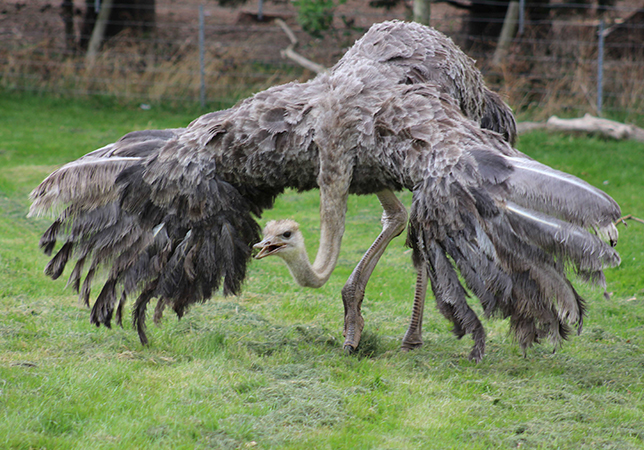 The Ostrich is the largest living bird, standing over 2.5 metres tall and weighing in at 110 kg. They are incredibly fast runners and can attain speeds over 70 kms per hour (that’s 45 mph to us British!). The Ostrich is an African species, occurring from the Sahara down to South Africa. Ostriches have been associated with man for over 5,000 years, initially for their plume feathers for adornments. Recently, these heavy bodied birds have been farmed all over the world for their meat. 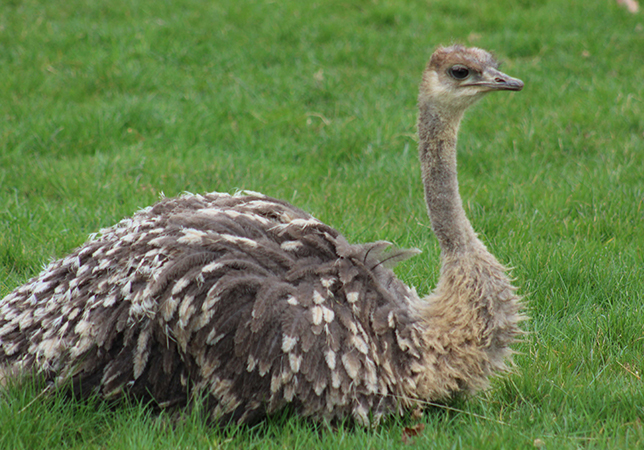 Last year was good for the Cotswold Ostrich pair, producing 3 chicks in the summer. They are growing fast under the watchful eye of the adults and their antics provide great amusement for keepers and visitors alike in their large paddock near the main entrance. Our female, in particular, is very attentive and would be able to give a lethal kick to anyone with designs on her offspring. 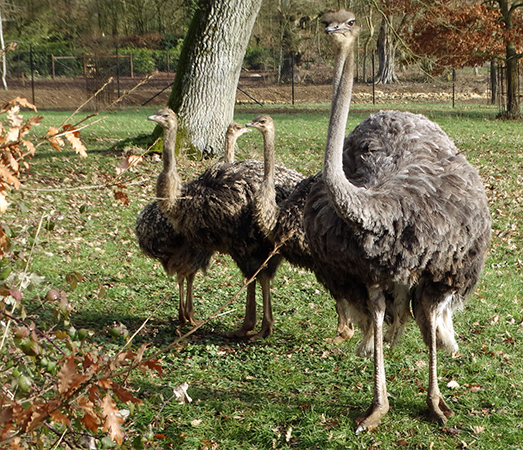