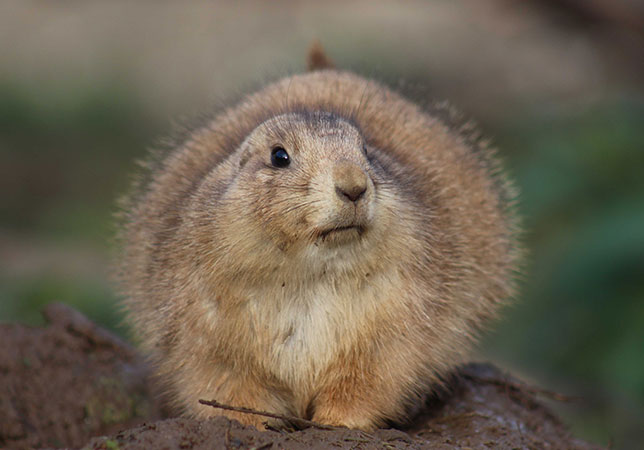 Despite their name, Black-Tailed Prairie Dogs are actually a species of ground squirrel native to North America and Canada. They take their name from their prairie grassland habitat and their alarm call which sounds similar to a dog’s bark. They are a burrowing rodent and feed on leaves, roots, stems and occasionally insects. 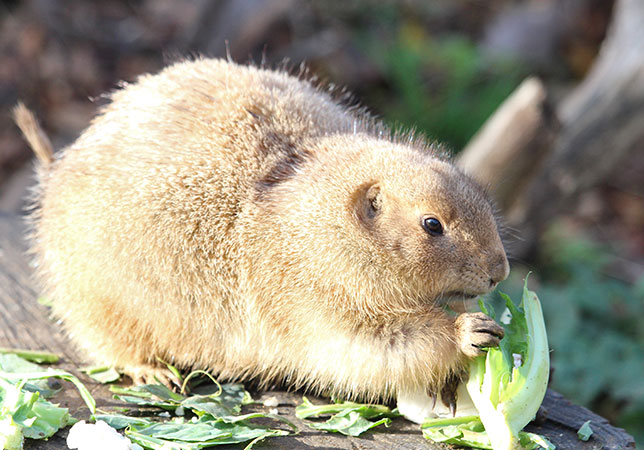 Prairie Dogs are very social and live in large colonies or ‘towns’ made up of family units called coteries and show intimate social behaviour like kissing and grooming one another. A prairie dog town can contain 15-25 family groups.  Studies have shown that Prairie Dogs have many vocalisations including specific predator alarm calls as well as the quite amusing territorial call the ‘jump-yip’ where they jump straight up in the air while making a call. It will often trigger others nearby to do the same. 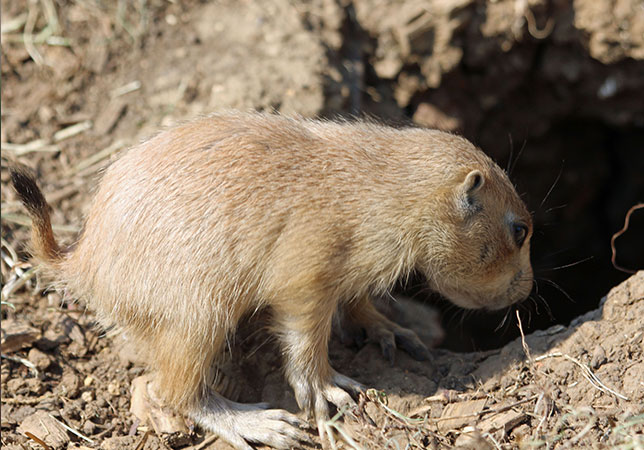 We have around 20 Black-tailed Prairie Dogs here at the Park in their exhibit in the Walled Garden, but it can be hard to get an exact number as they don’t all come up from their burrows at the same time! They spend most of the winter months underground but will occasionally come up to the surface for food and to sunbathe. In the summer months they spend much more time outside and you can see them grooming each other and ‘jump-yipping’. 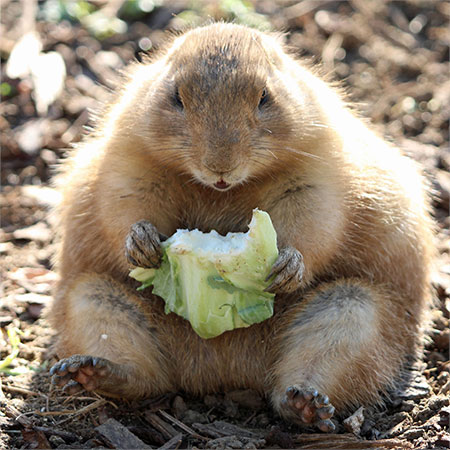 This year we had quite a few youngsters born, the females gave birth underground in the spring and the young started to venture up to the surface at around 6 weeks old. One of our females who looked particularly round had a whopping 7 babies in one litter!