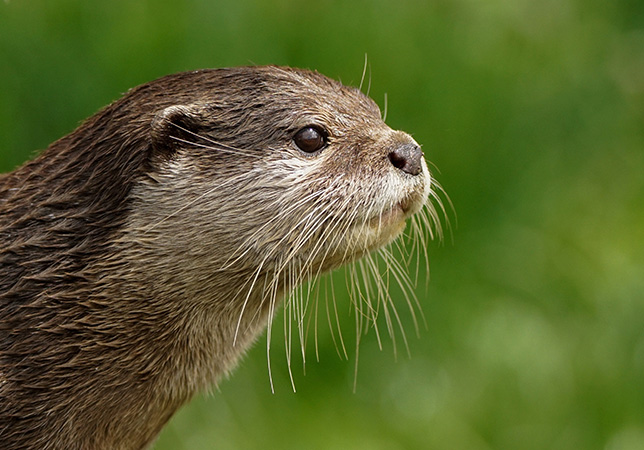 The Asian Short Clawed Otter is rare amongst its kind in that it lives in highly social family groups. They lack claws on their digits, instead they have hands very similar to our own which they use for searching for prey along riverbeds and carefully manipulating their food. This species has a large range throughout Asia and has been trained to catch fish by Malay fishermen. They eat a variety of different food from molluscs, crustaceans, crabs and some fish. 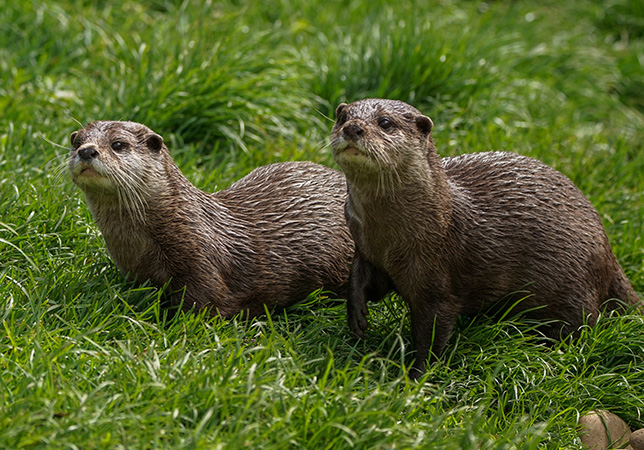 The Park has kept and bred otters for many years and their offspring have been sent to zoos across Europe. Currently we have two Otters who are father and daughter called Ben and Rita. This species of Otter is very vocal and they have a variety of different noises to talk to each other.